You are the reason your dog barks (and generally misbehaves) No, seriously, you are a huge part of it. Working with foster dogs, who have lost their original families, I notice a rather persistent trend. Dogs, who get that fresh chance at life, try to do everything in their power to be good, do right and take their behavior cues from their new owners without second thought. Sounds like a dream? Not quite.

Most of us can only imagine the traumas and challenges our newly adopted canines have lived through before they met us, and like most warm blooded humans, we selfishly believe that we can love all the hunger, abuse, loneliness and plain horror out of their precious little souls. We believe we can achieve things in our own human way. This very conviction is the main reason why you see so many dogs suffering from its consequances. Human love comes in many shapes, so for some dogs it looks like heaps and heaps of dry kibbles and for others it ends up being oodles of knitted tutti-frutti hats and sweaters. Then, there are those of us who think that we can hug their troubles away. Dogs are treated like plush toys, squeezed and kissed on a whim be it at a dinner table or in moving vehicles. There are even those of us who claim parental rights naming them our furry “children” in multimillion dollar wills, while refusing to take even one vacation day for years, out of fear that being away would destabilize and ruin their fragile canine psyches.

We humans are one stubborn lot, so we stubbornly believe that loving methods that work on human children must work same wonders on our four-legged furballs. Therein lies the problem. Loving and cherishing dogs is exactly what they need. However, dogs are animals, not humans, so to truly understand what kind of feedback they really need from their owners, look no further than a wild pack of wolves. Heck, just look at how regular domesticated dogs behave with one another when they are in bands of 3 or more. 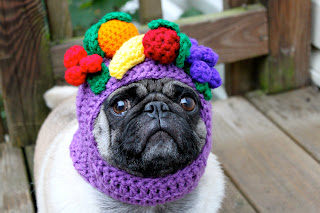 Do they bring biscuits to the one dog that appears to stress out? Not really. Do they embrace the anxious puppy every chance they get? And most importantly, do other dogs soothe the barker, because it’s obviously overwhelmed? The answer is simple: not a chance.

Dogs are extremely social animals, who live in hierarchical packs of two or more. Belonging to such pack or a family ensures survival, companionship and food. Keep that in mind as you imagine the following scenario. A puppy is whining loudly while the pack is trying to remain undetected by predators in the wild. Does its mother: A) lick and touch the puppy until it soothes into comfortable silence or B) does she reprimand that same puppy for its pack-endangering behavior by lightly biting its butt or the gruff on its neck? The answer is always and inevitably: B! So, which one, do you think, the puppy is hard-wired to respond to when it’s freaking out in your house at about three o’clock in the morning? Um, you get the picture.
I am not advocating your biting your dog’s behind, but as someone who has now worked with over 40 insecure, scared, territorial, barking, etc. dogs – I can tell you that lovingly soothing bad behavior only ingrains it into your dog’s mind. 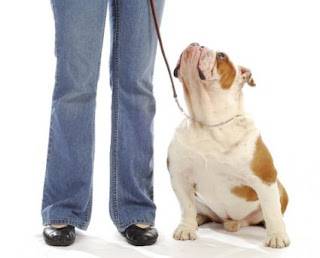 It might not appear that way, but when your foster or a newly adopted dog is having a bad day, he is actually carefully watching and weighing your reactions. So if you don’t respond the way he instinctively knows his mother would, he will take over control and start acting out just like a wayward teenager without a parent. The dog is merely responding to crisis of leadership. If the dog barks incessantly, and all you do is pet it in an attempt to ease anxiety – he will learn that in order to get a belly rub he needs to act like a little jerk as much as possible. “But my dogs don’t seem to listen to me? you say. “The breed of ... is known for its barking, biting, growling, playing rough, etc. etc.” you say. To which, I can only reply with a simple and natural truth: dogs thrive on discipline and knowing where their boundaries are. You have all the leadership abilities you need already in you. Just reach within and pull them out. Your dog needs you to. When a toddler reaches for a sharp knife on the table, do you scream to stop her action and nothing else? I sincerely doubt it. You probably swiftly remove the offending object from the child’s reach and state your warning disapproval, so she might learn for the future. It’s really the same process with dogs. If it starts to bark, tell it that you don’t appreciate it. Go on, tell it. Remember, it is very, very important to believe your own words when you say it. If you don't sound like you mean it to your own ears, why would you sound any different to your dog? To him, your being an alpha makes you someone he wants to look up to and relax with. And, if the same leader states her strong disapproval at some silly exploit, it would behoove your dog to have independent thoughts on the subject unless he wants to find himself ostracized or in a time-out. Therefore, the next time you hear unwanted barking, just ask what it is YOU are doing or not doing to helps continue that behavior? Because, honestly, you know the answer lies in you.